As you’re probably aware the Bootstrap Framework has recently undergone a major overhaul. Heres a quick comparison of the new and deprecated features – Another ‘aide-memoire’! 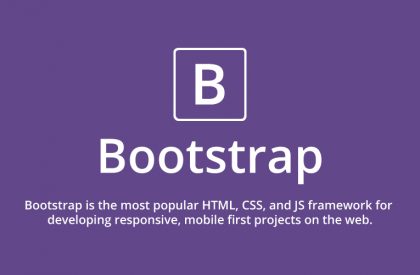 Thinking of Migrating your bootstrap site from v3 to v4?

This post is just a reference point to highlight the changes between the newly released v4.0.0 (August 2017) and the previous Bootstrap 3 stable version 3.3.7 (July 2016).

This content was generally sourced from the GetBootstrap.com. For latest information please consult the latest migration information found on the linked site

Bootstrap 4 is a major rewrite of almost the entire project. The most notable changes are summarized immediately below, followed by more specific class and behavioral changes to relevant components. Note: It is reported that the build ‘will be in flux’ as work on the v4 alpha releases progress. Until then it should be considered as incomplete!

Here are the big ticket items you’ll want to be aware of when moving from v3 to v4.

Changes in V4, by component

This list highlights key changes by component between v3.x.x and v4.0.0.

New to Bootstrap 4 is the Reboot, a new stylesheet that builds on Normalize with our own somewhat opinionated reset styles. Selectors appearing in this file only use elements—there are no classes here. This isolates our reset styles from our component styles for a more modular approach. Some of the most important resets this includes are the box-sizing: border-box change, moving from em to rem units on many elements, link styles, and many form element resets.

The navbar has been entirely rewritten in flexbox with improved support for alignment, responsiveness, and customization.

Bootstrap 3’s vendor prefix mixins, which were deprecated in v3.2.0, have been removed in Bootstrap 4. Since we use Autoprefixer, they’re no longer necessary.

Our documentation received an upgrade across the board as well. Here’s the low down:

The responsive utility classes have also been overhauled.

Note that the changes to the grid breakpoints in v4 means that you’ll need to go one breakpoint larger to achieve the same results (e.g. .hidden-md is more similar to .hidden-lg-down than to .hidden-md-down). The new responsive utility classes don’t attempt to accommodate less common cases where an element’s visibility can’t be expressed as a single contiguous range of viewport sizes; you will instead need to use custom CSS in such cases.

TODO: audit list of stuff in v3 that was marked as deprecated